America and Iran: A History, 1720 to the Present 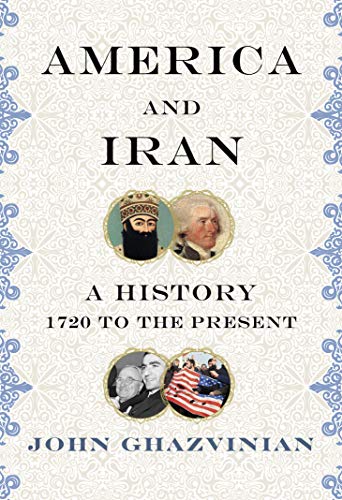 Details about America and Iran: A History, 1720 to the Present:

An important, urgently needed book--a hugely ambitious, illuminating portrait of the two-centuries-long entwined histories of Iran and America, and the first book to examine, in all its aspects, the rich and fraught relations between these two powers--once allies, now adversaries. By an admired historian and the author of Untapped: The Scramble for Africa's Oil ("he would do Graham Greene proud"--Kirkus Reviews). In this rich, fascinating history, John Ghazvinian traces the complex story of the relations of these two powers back to the Persian Empire of the eighteenth century--the subject of great admiration of Thomas Jefferson and John Quincy Adams--and an America seen by Iranians as an ideal to emulate for their own government. Drawing on years of archival research both in the United States and Iran--including access to Iranian government archives rarely available to Western scholars--the Iranian-born, Oxford-educated historian leads us through the four seasons of U.S.-Iran relations: the "spring" of mutual fascination; the "summer" of early interactions; the "autumn" of close strategic ties; and the long, dark "winter" of mutual hatred. Ghazvinian, with grasp and a storyteller's ability, makes clear where, how, and when it all went wrong. And shows why two countries that once had such heartfelt admiration for each other became such committed enemies; showing us, as well, how it didn't have to turn out this way.