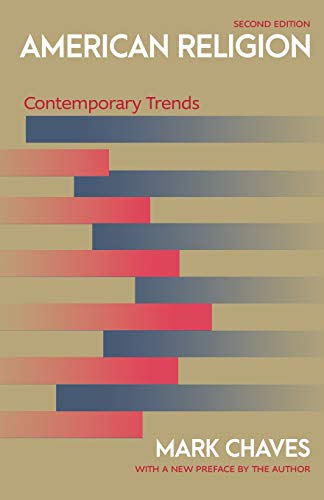 The most authoritative resource on religious trends in America—now fully updated Most Americans say they believe in God, and more than a third say they attend religious services every week. Yet studies show that people do not really go to church as often as they claim, and it is not always clear what they mean when they tell pollsters they believe in God or pray. American Religion presents the best and most up-to-date information about religious trends in the United States, in a succinct and accessible manner. This sourcebook provides essential information about key developments in American religion since 1972, and is the first major resource of its kind to appear in more than two decades. Mark Chaves looks at trends in diversity, belief, involvement, congregational life, leadership, liberal Protestant decline, and polarization. He draws on two important surveys: the General Social Survey, an ongoing survey of Americans' changing attitudes and behaviors, begun in 1972; and the National Congregations Study, a survey of American religious congregations across the religious spectrum. Chaves finds that American religious life has seen much continuity in recent decades, but also much change. He challenges the popular notion that religion is witnessing a resurgence in the United States—in fact, traditional belief and practice is either stable or declining. Chaves examines why the decline in liberal Protestant denominations has been accompanied by the spread of liberal Protestant attitudes about religious and social tolerance, how confidence in religious institutions has declined more than confidence in secular institutions, and a host of other crucial trends. Now with updated data and a new preface by the author, this revised edition provides essential information about key developments in American religion since 1972, plainly showing that religiosity is declining in America.