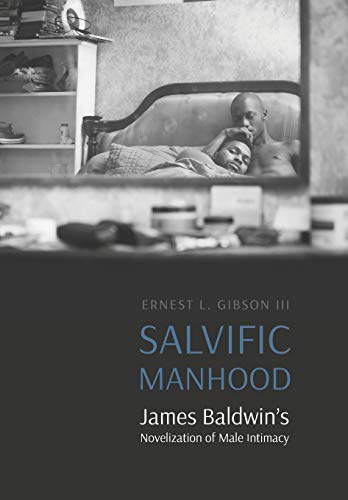 Salvific Manhood foregrounds the radical power of male intimacy and vulnerability in surveying each of James Baldwin’s six novels. Asserting that manhood and masculinity hold the potential for both tragedy and salvation, Ernest L. Gibson III highlights the complex and difficult emotional choices Baldwin’s men must make within their varied lives, relationships, and experiences. In Salvific Manhood, Gibson offers a new and compelling way to understand the hidden connections between Baldwin’s novels. Thematically daring and theoretically provocative, he presents a queering of salvation, a nuanced approach that views redemption through the lenses of gender and sexuality.

Exploring how fraternal crises develop out of sociopolitical forces and conditions, Salvific Manhood theorizes a spatiality of manhood, where spaces in between men are erased through expressions of intimacy and love. Positioned at the intersections of literary criticism, queer studies, and male studies, Gibson deconstructs Baldwin’s wrestling with familial love, American identity, suicide, art, incarceration, and memory by magnifying the potent idea of salvific manhood. Ultimately, Salvific Manhood calls for an alternate reading of Baldwin’s novels, introducing new theories for understanding the intricacies of African American manhood and American identity, all within a space where the presence of tragedy can give way to the possibility of salvation.​