The Power of Babel: A Natural History of Language | Softcover Edition 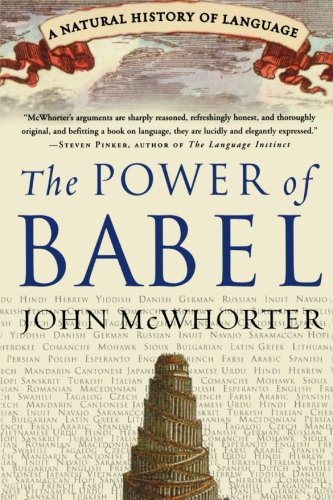 Details about The Power of Babel: A Natural History of Language:

There are approximately six thousand languages on Earth today, each a descendant of the tongue first spoken by Homo sapiens some 150,000 years ago. While laying out how languages mix and mutate over time, linguistics professor John McWhorter reminds us of the variety within the species that speaks them, and argues that, contrary to popular perception, language is not immutable and hidebound, but a living, dynamic entity that adapts itself to an ever-changing human environment.

Full of humor and imaginative insight, The Power of Babel draws its illustrative examples from languages around the world, including pidgins, Creoles, and nonstandard dialects.