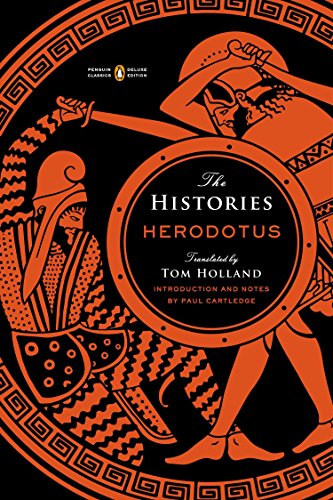 Herodotus was an ancient Greek historian who lived in the fifth century BC (c.484 - 425 BC). He has been called the "Father of History", and was the first historian known to collect his materials systematically, test their accuracy to a certain extent and arrange them in a well-constructed and vivid narrative. The Histories-his masterpiece and the only work he is known to have produced-is a record of his "inquiry", being an investigation of the origins of the Greco-Persian Wars and including a wealth of geographical and ethnographical information. The Histories, were divided into nine books, named after the nine Muses: the "Muse of History", Clio, representing the first book, then Euterpe, Thaleia, Melpomene, Terpsichore, Erato, Polymnia, Ourania and Calliope for books 2 to 9, respectively.