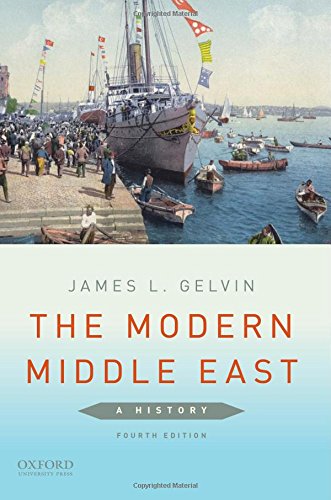 Sell The Modern Middle East: A History for $8.63

Details about The Modern Middle East: A History:

Extensively revised and updated in the wake of the Arab uprisings, the changes that they fostered, and the fault lines that they exposed, the fourth edition of The Modern Middle East: A History explores how the forces associated with global modernity have shaped the social, economic, cultural, and political life in the region over the course of the past 500 years. Beginning with the first glimmerings of the current international state and economic systems in the sixteenth century, this book examines the impact of imperial and imperialist legacies, the great nineteenth-century transformation, cultural continuities and upheavals, international diplomacy, economic booms and busts, the emergence of authoritarian regimes and the varied forms of resistance to them and to imperialism in an area of vital concern to us all. The Modern Middle East: A History, Fourth Edition, is engagingly written--drawing from the author's own research and other studies--and enriched with maps and photographs, original documents, and an abundance of supplementary materials.