Beyond News: The Future of Journalism Columbia Journalism Review Books 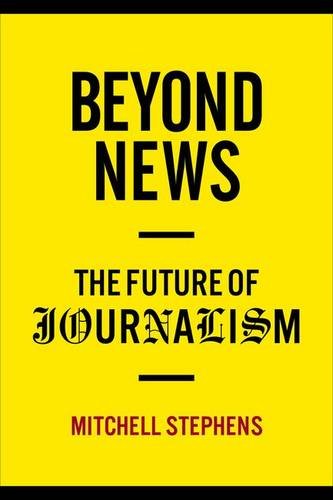 Sell Beyond News: The Future of Journalism Columbia Journalism Review Books for $0.37

Details about Beyond News: The Future of Journalism Columbia Journalism Review Books:

For a century and a half, journalists made a good business out of selling the latest news or selling ads next to that news. Now that news pours out of the Internet and our mobile devices―fast, abundant, and mostly free―that era is ending. Our best journalists, Mitchell Stephens argues, instead must offer original, challenging perspectives―not just slightly more thorough accounts of widely reported events. His book proposes a new standard: "wisdom journalism," an amalgam of the more rarified forms of reporting―exclusive, enterprising, investigative―and informed, insightful, interpretive, explanatory, even opinionated takes on current events.

This book features an original, sometimes critical examination of contemporary journalism, both on- and offline, and it finds inspiration for a more ambitious and effective understanding of journalism in examples from twenty-first-century articles and blogs, as well as in a selection of outstanding twentieth-century journalism and Benjamin Franklin's eighteenth-century writings. Most attempts to deal with journalism's current crisis emphasize technology. Stephens emphasizes mindsets and the need to rethink what journalism has been and might become.