The Autobiography and Other Writings | Reprint edition 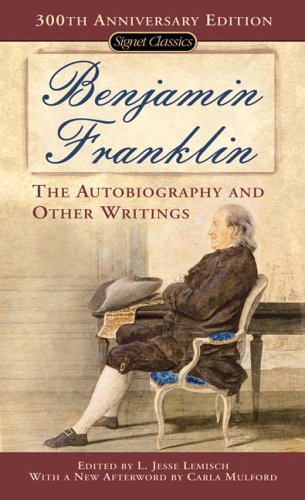 Details about The Autobiography and Other Writings:

One of the Founding Fathers of the United States of America, Benjamin Franklin was a true Renaissance Man: writer, publisher, scientist, inventor, diplomat and politician. In his long life of eighty-four years, he offered advice on attaining wealth, organized public institutions, contributed to the birth of a nation, and negotiated with foreign powers to ensure its survival.

Through the words of the elder statesman himself, The Autobiography and Other Writings presents a remarkable insight into the man and his accomplishments and additional writings from Benjamin Franklin’s wife and son provide a more intimate portrait of the husband and father who found himself a legend in his own time.