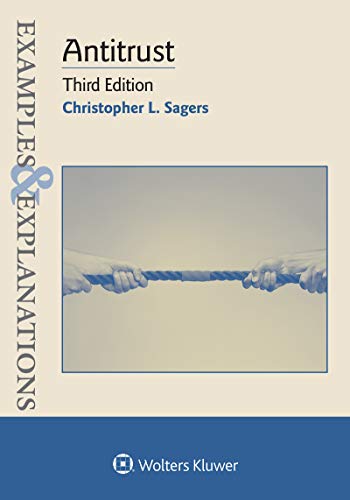 Examples and Explanations for Antitrust Law, Third Edition is a relentlessly accessible introduction to a body of law that seems foreign and complex but does not at all have to be. By capturing the bigger picture without sacrificing any detail, introducing antitrust economics in a purely intuitive way appropriate for users at any level of economic sophistication, and extensively explaining the real-world context and institutions of antitrust practice, the book brings the law within reach for students of all backgrounds.

New to the Third Edition:

Professors and students will benefit from: