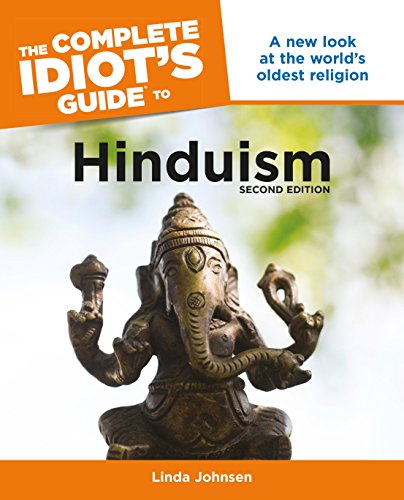 Details about The Complete Idiot's Guide to Hinduism:

A new look at an ancient religion. The Complete Idiot's Guide® to Hinduism, Second Edition, contains updated and expanded information on how the religion developed from its very fragmented origins, the basic Hindu beliefs, and the multiple Hindu deities, as well as the sociological aspects of the religion including ethics, sacraments, dietary habits, the caste system, and much more. ? Hinduism is the third-largest religion in the world, with over 765 million followers worldwide ? Updated information on the state of Hinduism today ? An exploration of the Hindu paths to enlightenment including karma yoga, bhakti yoga, jnana yoga, tantra and laya yoga ? Expanded information on the Hindu Reformation