and more...
Compare Textbook Prices / Buy Textbooks / Central / Driven to Ride: The True Story of an Elite Athlete Who Rebuilt His Leg, His Life, and His Career

Driven to Ride: The True Story of an Elite Athlete Who Rebuilt His Leg, His Life, and His Career 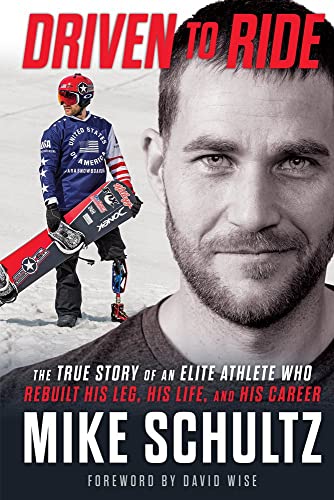 Details about Driven to Ride: The True Story of an Elite Athlete Who Rebuilt His Leg, His Life, and His Career:

A high-octane memoir of unflappable determination from an X-Games and Paralympics champion When "Monster" Mike Schultz won snowboarding gold in Pyeongchang, South Korea, it was the culmination of a decade of reinvention, in every sense of the word. Ten years earlier he'd lain bleeding on the side of a mountain after a devastating snowmobile accident. Now he stood tall on the Paralympic podium, supported by a prosthetic knee and foot of his own creation. Driven to Ride chronicles Schultz's improbable journey following a lifesaving amputation. From a place of debilitating pain and depression, he tapped into the same sense of adventure that had once taken him to the top of competitive snowmobile racing and followed it to the pinnacle of an entirely new sport: adaptive snowboarding. As he launched himself into the world of adaptive sports, Schultz's ambition was only tempered by his need for better equipment—prostheses that could withstand the vibrations of a motocross bike or the impact of rough terrain. His obsessive tinkering, without any formal engineering background, has presented yet another new path designing innovative prostheses for athletes and wounded military veterans. Inspiring and thrilling in equal measure, this is a singular story of uncommon strength, ingenuity, and seizing golden opportunities.