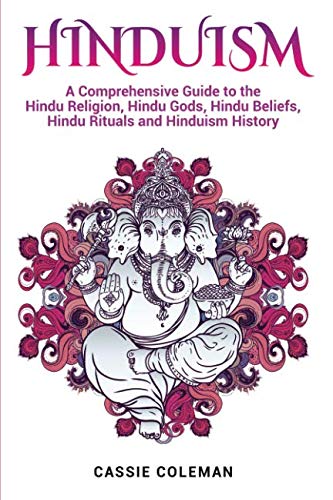 Explore the Hindu Religion with its fascinating Rituals and History

This book has eye-opening information about Hinduism that will help you to understand the religion, the Gods, beliefs, rituals and how it has evolved over time.

Does Hinduism really have many Gods? Why do Hindus worship the cow? How about the dot… why do they wear it near the middle of their forehead? Why are they forbidden to eat meat…? These are just a few of the countless questions many people ask or wonder about Hinduism, and, whether you are a Hindu or not, there must be questions you may be desiring to get answers to as regards to the Hindu culture/practices, religion or even their history.

Hinduism is special and has a lot of material, perhaps because it is the oldest known religion in the world. It therefore provides a lot to learn, and you do not want to miss out on ANYTHING in our journey through Hinduism as we explore the main aspects of Hinduism including the Gods, culture, the structure of their society, beliefs and so on.

Did you know that the supreme spirit in Hinduism is believed to be both male and female? Well, you will discover more than you ever imagined exists in Hinduism and by the end of this book, you’ll know a lot about a religion that has over one billion followers worldwide.

This book will cover these topics and more: