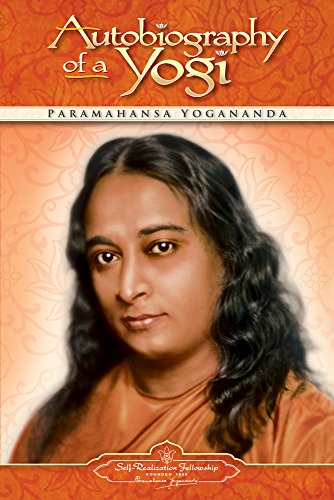 Details about Autobiography of a Yogi Self-Realization Fellowship:

Autobiography of a Yogi is at once a beautifully written account of an exceptional life and a profound introduction to the ancient science of Yoga and its time-honored tradition of meditation. Profoundly inspiring, it is at the same time vastly entertaining, warmly humorous and filled with extraordinary personages.

Self-Realization Fellowship's editions, and none others, include extensive material added by the author after the first edition was published, including a final chapter on the closing years of his life.

Selected as "One of the 100 Best Spiritual Books of the Twentieth Century", Autobiography of a Yogi has been translated into more than 30 languages, and is regarded worldwide as a classic of religious literature. Several million copies have been sold, and it continues to appear on best-seller lists after more than sixty consecutive years in print.

With engaging candor, eloquence, and wit, Paramahansa Yogananda tells the inspiring chronicle of his life: the experiences of his remarkable childhood, encounters with many saints and sages during his youthful search throughout India for an illumined teacher, ten years of training in the hermitage of a revered yoga master, and the thirty years that he lived and taught in America. Also recorded here are his meetings with Mahatma Gandhi, Rabindranath Tagore, Luther Burbank, the Catholic stigmatist Therese Neumann, and other celebrated spiritual personalities of East and West. The author clearly explains the subtle but definite laws behind both the ordinary events of everyday life and the extraordinary events commonly termed miracles. His absorbing life story becomes the background for a penetrating and unforgettable look at the ultimate mysteries of human existence.