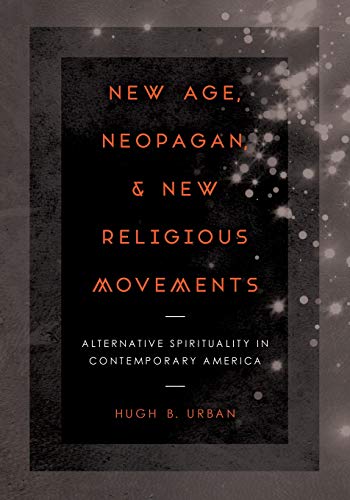 New Age, Neopagan, and New Religious Movements is the most extensive study to date of modern American alternative spiritual currents. Hugh B. Urban covers a range of emerging religions from the mid-nineteenth century to the present, including the Nation of Islam, Mormonism, Scientology, ISKCON, Wicca, the Church of Satan, Peoples Temple, and the Branch Davidians. This essential text engages students by addressing major theoretical and methodological issues in the study of new religions and is organized to guide students in their learning. Each chapter focuses on one important issue involving a particular faith group, providing readers with examples that illustrate larger issues in the study of religion and American culture.

Urban addresses such questions as, Why has there been such a tremendous proliferation of new spiritual forms in the past 150 years, even as our society has become increasingly rational, scientific, technological, and secular? Why has the United States become the heartland for the explosion of new religious movements? How do we deal with complex legal debates, such as the use of peyote by the Native American Church or the practice of plural marriage by some Mormon communities? And how do we navigate issues of religious freedom and privacy in an age of religious violence, terrorism, and government surveillance?