and more...
Compare Textbook Prices / Buy Textbooks / History & Theory / The Transfigured Kingdom: Sacred Parody and Charismatic Authority at the Court of Peter the Great Studies of the Harriman Institute

The Transfigured Kingdom: Sacred Parody and Charismatic Authority at the Court of Peter the Great Studies of the Harriman Institute 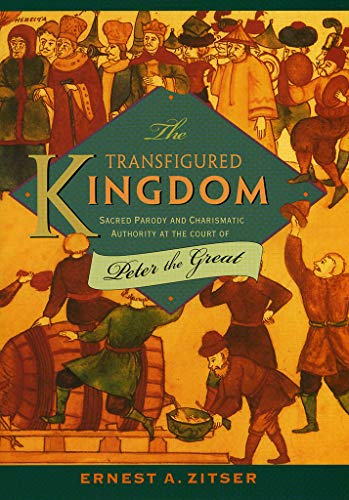 Details about The Transfigured Kingdom: Sacred Parody and Charismatic Authority at the Court of Peter the Great Studies of the Harriman Institute:

In this richly comparative analysis of late Muscovite and early Imperial court culture, Ernest A. Zitser provides a corrective to the secular bias of the scholarly literature about the reforms of Peter the Great. Zitser demonstrates that the tsar's supposedly "secularizing" reforms rested on a fundamentally religious conception of his personal political mission. In particular, Zitser shows that the carnivalesque (and often obscene) activities of the so-called Most Comical All-Drunken Council served as a type of Baroque political sacrament—a monarchical rite of power that elevated the tsar's person above normal men, guaranteed his prerogative over church affairs, and bound the participants into a community of believers in his God-given authority ("charisma"). The author suggests that by implicating Peter's "royal priesthood" in taboo-breaking, libertine ceremonies, the organizers of such "sacred parodies" inducted select members of the Russian political elite into a new system of distinctions between nobility and baseness, sacrality and profanity, tradition and modernity.

Tracing the ways in which the tsar and his courtiers appropriated aspects of Muscovite and European traditions to suit their needs and aspirations, The Transfigured Kingdom offers one of the first discussions of the gendered nature of political power at the court of Russia's self-proclaimed "Father of the Fatherland" and reveals the role of symbolism, myth, and ritual in shaping political order in early modern Europe.