and more...
Textbooks / Buy Textbooks / Algeria / The Fate of Africa: A History of the Continent Since Independence | Revised, Updated edition

The Fate of Africa: A History of the Continent Since Independence | Revised, Updated edition 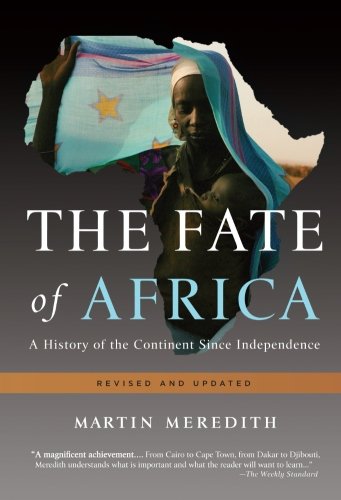 Details about The Fate of Africa: A History of the Continent Since Independence:

The definitive story of African nations after they emerged from colonialism -- from Mugabe's doomed kleptocracy to Mandela's inspiring defeat of apartheid.
The Fate of Africa has been hailed by reviewers as "A masterpiece....The nonfiction book of the year" (The New York Post); "a magnificent achievement" (Weekly Standard); "a joy," (Wall Street Journal) and "one of the decade's most important works on Africa" (Publishers Weekly, starred review). Spanning the full breadth of the continent, from the bloody revolt in Algiers against the French to Zimbabwe's civil war, Martin Meredith's classic history focuses on the key personalities, events and themes of the independence era, and explains the myriad problems that Africa has faced in the past half-century. It covers recent events like the ongoing conflict in Sudan, the controversy over Western aid, the exploitation of Africa's resources, and the growing importance and influence of China.
Need Algeria tutors? Start your search below:
Need Algeria course notes? Start your search below:
Back to top