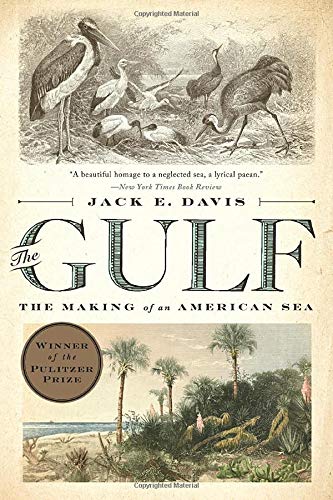 Details about The Gulf:

Winner • Pulitzer Prize for History Winner • Kirkus Prize for Nonfiction Finalist • National Book Critics Circle Award (Nonfiction) A New York Times Notable Book of the Year Named one of the Best Books of the Year by the Washington Post, NPR, Library Journal, and gCaptain Booklist Editors’ Choice (History) Longlisted for the Andrew Carnegie Medal for Excellence In this “cri de coeur about the Gulf’s environmental ruin” (New York Times), “Davis has written a beautiful homage to a neglected sea” (front page, New York Times Book Review). Hailed as a “nonfiction epic . . . in the tradition of Jared Diamond’s best-seller Collapse, and Simon Winchester’s Atlantic” (Dallas Morning News), Jack E. Davis’s The Gulf is “by turns informative, lyrical, inspiring and chilling for anyone who cares about the future of ‘America’s Sea’ ” (Wall Street Journal). Illuminating America’s political and economic relationship with the environment from the age of the conquistadors to the present, Davis demonstrates how the Gulf’s fruitful ecosystems and exceptional beauty empowered a growing nation. Filled with vivid, untold stories from the sportfish that launched Gulfside vacationing to Hollywood’s role in the country’s first offshore oil wells, this “vast and welltold story shows how we made the Gulf . . . [into] a ‘national sacrifice zone’ ” (Bill McKibben). The first and only study of its kind, The Gulf offers “a unique and illuminating history of the American Southern coast and sea as it should be written” (Edward O. Wilson).